There is a shift unfolding on the wireless landscape.  The Tier 1 carriers are providing new plans, not only to business, but to individuals and groups of individuals (families).  There is not an industry name yet, but we refer to this as Group Data Sharing.  AT&T calls theirs Mobile Share Value Plans, while Verizon refers to them as More Everything Plans.  Both carriers’ plans are similar for individuals, small family-like groups and for businesses.  What is different about these plans is that they are sharing data (data only); voice and text are included and unlimited.  For a group, the amount of data required is selected and then there is small access fee for each device that is a member of the group.   The carriers are interested in securing a new billing model that is centered on data rather than voice, and are making this new approach very worthwhile to new and current customers previously using voice centric plans.

Both Verizon and AT&T have previously announced their intent to deliver VoLTE (Voice over LTE).  When their engineering organizations have reached the required quality levels, the voice traffic will become part of the data usage.  How can businesses take advantage 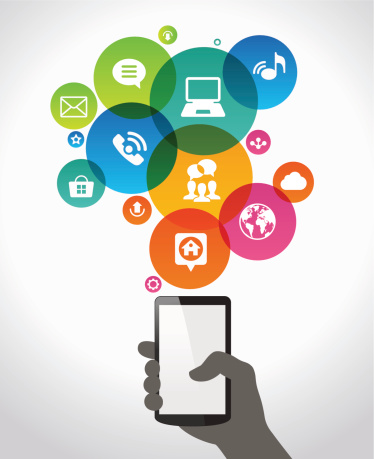 of these changes?  If your average data usage per device is modest and if your device population is not high (less than 3K total devices) you may find you can reduce your bill significantly with Group Data Sharing plans.

Last week, Verizon announced that their More Everything business plans now would support groups of 100 devices.  This is a significant step towards making this viable to business. What started as 10 for families grew to 25, then 50 and now up to 100 devices can pool their data with unlimited voice and text.

Because these plans are relatively new, Verizon initially announced their plans in the summer of 2012, not all organizations are familiar with the benefits.  AT&T announced Mobile Share Value plans at the end of 2013 and started with a maximum for each group of 25 devices, which matched the Verizon plans at the time.

If you haven‘t looked at these plans for your Corporate Liable devices, you will be surprised at the impact it will have on your monthly invoices.