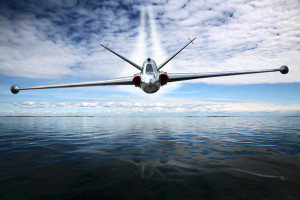 As you know, the federal government is ginormous and as such trying to sell to them is a ginormous task. Even attempting to approach the smallest entity within the government can render the most confident of confident into absolute befuddlement. As such, it’s especially gratifying when you’re invited to present through someone you know. Yup, proven time and again, it’s all in who you know!

MobilSense was invited by a system integrator to present MobilSentry to support an entity of the federal government. The system integrator was managing all aspects of their mobile devices, including ordering, support and billing the entity for wireless service.

In the bidding phase, we were given access to the entity’s wireless invoice data allowing us to present potential savings during the selection process. Our analysis identified 4,000 wireless devices and highlighted 900 phones that were being billed to the system integrator, but not being reimbursed by the federal entity. With no process in place to identify unused devices, they were taken aback by how much they were paying for devices with no usage but astounded to learn that, coupled with terminating service for its unused devices and invoice optimization of active devices, they could save $85K a month by automating and optimizing.

Initially, while everyone was astounded by the amount of money they could be saving by using a mobile expense management solution, management wasn’t initially impressed. They were under the impression that based on savings the ROI wouldn’t be worth it. This is where it gets interesting. They thought the savings would be $85K a year making the ROI an almost break even scenario for them. Once they learned the projected savings would be monthly and their annual savings would be more in line with $1M in annual savings, they were elated by an initial 17 times ROI! Once realized, they made an on-the-spot decision to partner with MobilSense!

What they learned over the next two years is that the proposed savings was only the beginning; we were able to bring more than they had even expected by creating unexpected soft savings around employee time, streamlined processes ensuring accuracy and growing their projected savings to 25 times ROI in four months, settling in at a consistent and impressive 10 times ROI ever since. Psh, go big, or go home, right?

If you would like to see how much you could be saving, I encourage you to request a demonstration of MobilSentry by clicking here. Based on what I have learned so far about this industry, I guarantee you won’t be disappointed.